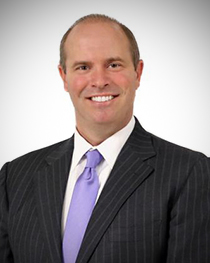 Eric Zeier is the Southeast Regional Manager for Homeowners Financial Group covering South Carolina, Georgia, and Alabama where he has oversight of all production responsibilities.

Eric began his mortgage career in 2002 as a Mortgage Loan Officer at one of the areas strongest lenders, HomeBanc Mortgage. After graduating as the Valedictorian of HomeBanc’s stringent mortgage training school, Eric enjoyed a successful run as a Mortgage Loan Officer. He then moved into leadership where he held roles as Branch Manager, Area Manager and ultimately Regional Manager. Over the course of his career, Eric has helped hundreds of loan officers develop their business and grow their careers in the mortgage industry. Through the various teams Eric has led, he has served thousands of clients helping them achieve the dream of homeownership.

Prior to Eric’s mortgage experience, he enjoyed a very successful collegiate and professional football career. Eric was all All-American quarterback at the University of Georgia. As a four-year starter he broke many school and SEC records, notably the most career passing yards in SEC history. Eric was a team captain and Heisman trophy finalist both his junior and senior year. Eric is a member of the University of Georgia Circle of Honor – which recognizes and pays tributes to extraordinary student-athletes and coaches who, by their performance and conduct, have brought honor to the University. Eric also serves as the Color Analyst for UGA football games alongside Scott Howard.

He went on to play six years in the NFL for the Cleveland Browns, Baltimore Ravens, and Tampa Bay Buccaneers. Eric along with his wife Julie are very involved with the university and their community in several charitable endeavors.

5 Home Projects for the New Year

WANT TO JOIN THE HFG FAMILY?

LOVE WHERE YOU WORK.