At Homeowners Financial Group, serving Veterans is a core part of our mission and values. Many of our employees specialize in helping Veterans get the loans they need to purchase a home or refinance their existing mortgage. Laurie Lawton Scott, a branch manager and certified military specialist is one of those professionals. She’s specialized in VA loans for 20 years.

Many of Laurie’s family members served in the armed forces and are now firefighters and law enforcement officials. So, the people who serve our country have a special place in her heart, and paying it forward is important to her. “Anybody willing to go to the front line to protect this country. I think they deserve the red carpet into their home,” Laurie says.

“When I came over to Homeowners Financial Group, they knew I worked with police, firefighters and veterans. They readily accepted that and have been nothing but generous to my clientele. Our entire company stands behind our public servants,” she added.

Since joining HFG, Laurie’s helped many Veterans purchase or refinance their homes. Here are three stories from people she’s worked with that illustrate the impact both she and Homeowners Financial Group has had on their lives.

“She’s very communicative, and she treats everybody like family. She knows the subtle nuances and the special issues that come up with Veterans, and she works hard to get them into a home. And if I have a buyer who doesn’t qualify, she works with them to get them qualified,” Laurie G. said.

“Sometimes, I deal with buyers who already have a mortgage lender. But when their lender has messed up the loan beyond all hope, Laurie saves it. I wouldn’t take my VA loans to anybody else. I would recommend her to anybody, but my veterans especially,” Laurie G. said.

David is a firefighter and army Veteran who worked with Homeowners Financial Group to buy his current home. Since purchasing it six years ago, he refinanced twice, and now his mortgage rate is lower than the interest rate on his car loan.

After a bad experience with the purchase of his first home in 2008, he asked around for lender recommendations before buying his current home. Laurie got good feedback from some of the firemen he works with, so he decided to work with her. David liked that during the application process, he received emails with videos and a timeline that showed what stage of the process he was in, so he always knew what to do next.

“She makes everything super easy and goes the extra mile. I felt more like a high-valued customer than with other loan officers I’ve worked with in the past. I’ll keep using her until I quit buying houses or refinancing houses. I recommend her to everybody. She’s awesome. Her team’s great. I will never use anybody else,” David said.

Mike served in the Marine Corps for 15 years, and when he started thinking about refinancing his mortgage a little over a year ago, he planned to use the same lender who helped him with two previous loans. But the lender gave Mike some information that didn’t seem right, and he wanted a second opinion. He asked a friend for a referral and got Laurie’s name.

After speaking with Laurie, he decided to refinance his mortgage through Homeowners Financial Group. Mike believed in Laurie’s skill set and experience, and he was confident she wouldn’t mislead him. When he refinanced, he reduced the principal on his loan enough that he no longer needed a jumbo loan, and he got a better interest rate.

“She told me everything she could do , and she exceeded that. I’ve done probably 15 mortgages with different lenders, and the thing I liked about Laurie is her communication. Her communication is second to none. Nobody in the history of me doing a mortgage has ever communicated with me as often or as effectively as Laurie did,” he said.

These stories illustrate HFG’s dedication to VA Financing and making homeownership dreams come true. Our clients are an important part of our family and we strive to find the right choices for their homebuying journey, no matter what their personal story may be. To learn more about HFG, click here. 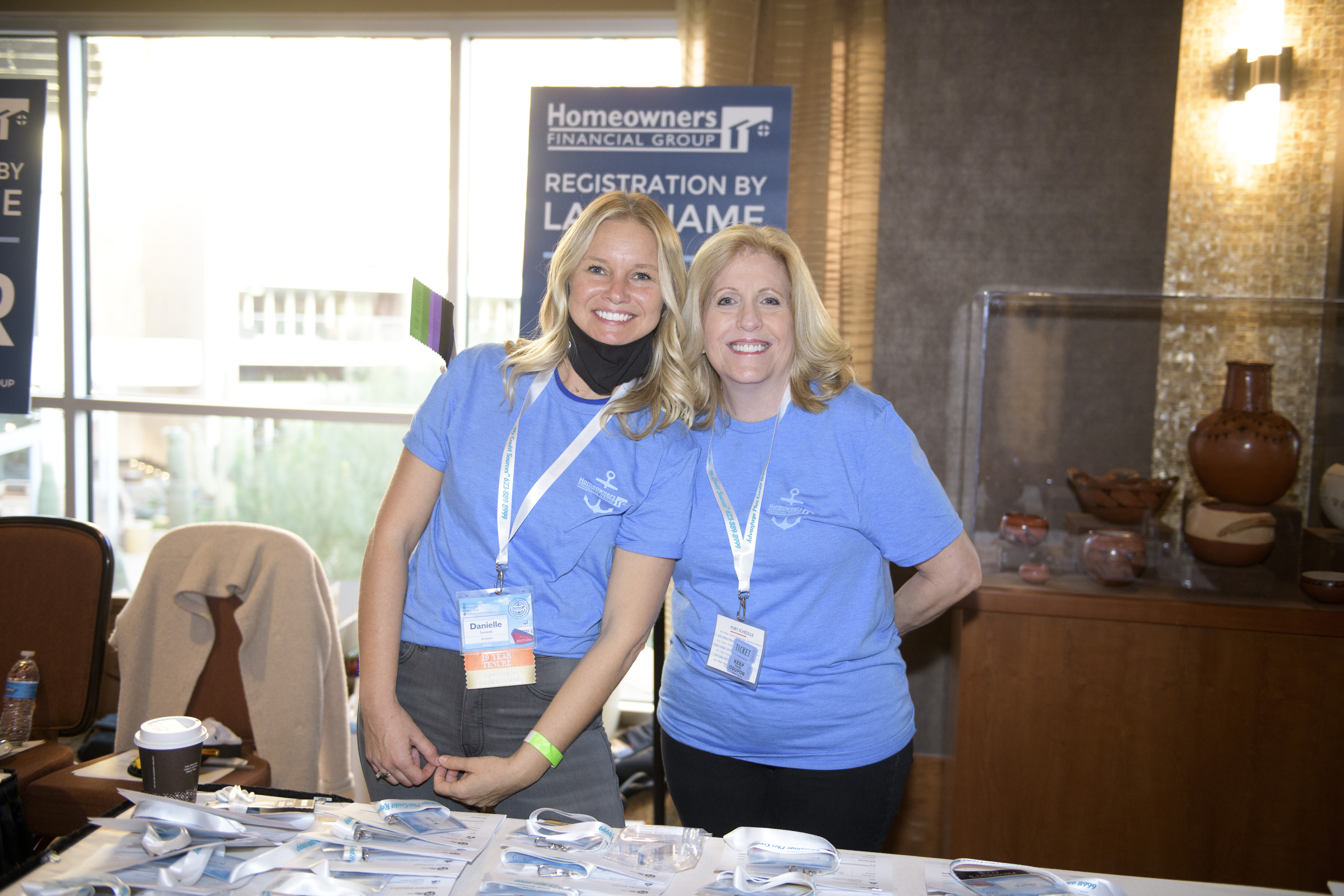